There are four mints in India each with a long & distinguished history that produce coins which serve our everyday needs, The two oldest are Alipore (Calcutta) and Bombay(Mumbai) mints, both were Established in 1829 by the British Government, though the former was originally located in Calcutta and moved to its present site in 1952. The Hyderabad mint was established in 1903 by the Government of the erstwhile Nizam of Hyderabad and was taken over by the Government of India in 1950 & started minting since 1953. Noida mint was set up in 1986 and started minting ferritic stainless steel coins from 1988.

let us examine each mint mark with examples(coin scans)

1. MUMBAI MINT : The Bombay Mint has a small dot or diamond mint mark under Date of the Coin. 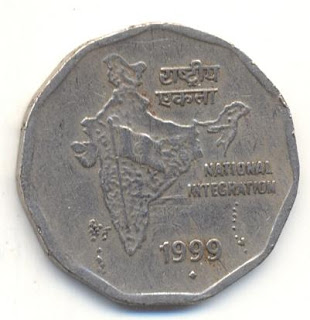 2. CALCUTTA MINT : The Calcutta Mint has No Mint Mark beneath the date of coin. 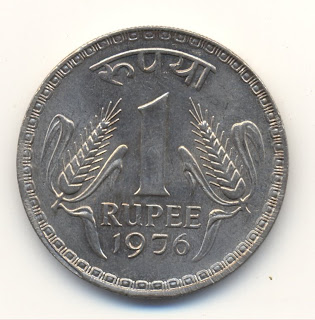 3. HYDERABAD MINT : The Hyderabad Mint has five pointed STAR Under the date of coin. 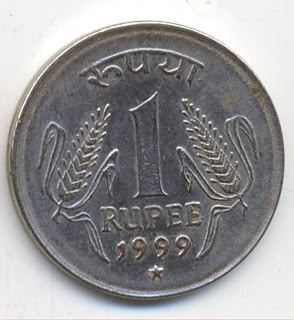 4. NOIDA MINT : The Noida Mint has a small or thick dot under the date of the Coin. Production Started in 1988. Posted by SravanthiBharat at 10:11 PM 10 comments: